Renovations are underway at Randox Laboratories in the Burr Business Park in Kearneysville, and when completed, the refurbished facility will allow the medical technology company to bring additional jobs to Jefferson County.

The work to the existing 36,000-square-foot building, which houses a medical laboratory, started in late January and is expected to be finished later this year, according to Douglas Bramblett, plant manager at Randox. The renovated facility will include a manufacturing component, a research and development lab, and a diagnostic lab in addition to improved warehousing, storage, and office space.

Randox has been planning the expansion for more than two years, and in late 2014, the West Virginia Economic Development Authority granted the company two loans to help expand its Jefferson County operations. “It has been a smooth process, and Jefferson County has been instrumental in coordinating our efforts with local and state officials,” Bramblett said.

About 50 high-level STEM (science, technology, engineering, and mathematics)-related medical technology jobs are expected to be added after the renovations are finished. Currently, Randox has 31 employees based at its Jefferson County facility, which is the company’s North American headquarters.

“We’re pleased that the Randox expansion is moving forward. It’s exciting that these high-tech job opportunities will be available in Jefferson County,” said John Reisenweber, executive director of the Jefferson County Development Authority. “It’s been a great team effort with this project. Everyone involved put their best foot forward including the West Virginia Development Office, Jefferson County Commission, county planning and engineering staff, Bank of Charles Town, and of course, Randox.” 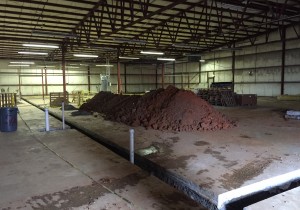